A SHAKER in the Restaurant Area of the Cercle

Since the opening of the first SHAKER Kitchen & Mixology in 2015 in Ste-Foy, the co-owners of the banner were thinking of opening a restaurant in downtown Quebec City.

Barely three years later, with now 10 operating restaurants across the province, including four in the greater Quebec City area, the SHAKER Cuisine & Mixology family is eagerly seizing the opportunity to nest in the former premises of the restaurant Le Cercle on rue St-Joseph.

The Restaurant VS. the Auditorium
Although they were presented under a common name and operated as "one", the restaurant and the auditorium were, and still are, separate entities. By doing so, by occupying only the "restaurant" portion of 226 1/2 rue St-Joseph E, the SHAKER will not hinder the potential activities of the theater, which is still available to future purchasers.

A Customized Concept
The SHAKER St-Joseph was imagined as a complementary offer to the auditorium, and it’s in a 140-seat restaurant that its clientele will be invited to discover the SHAKER Kitchen & Mixology experience. Those who have visited some restaurants of the banner know it: each branch has its own clientele and atmosphere, and this same tendency will be observed at the 11th SHAKER, which is scheduled to open in June 2018.

We’re looking forward to counting you among our customers! 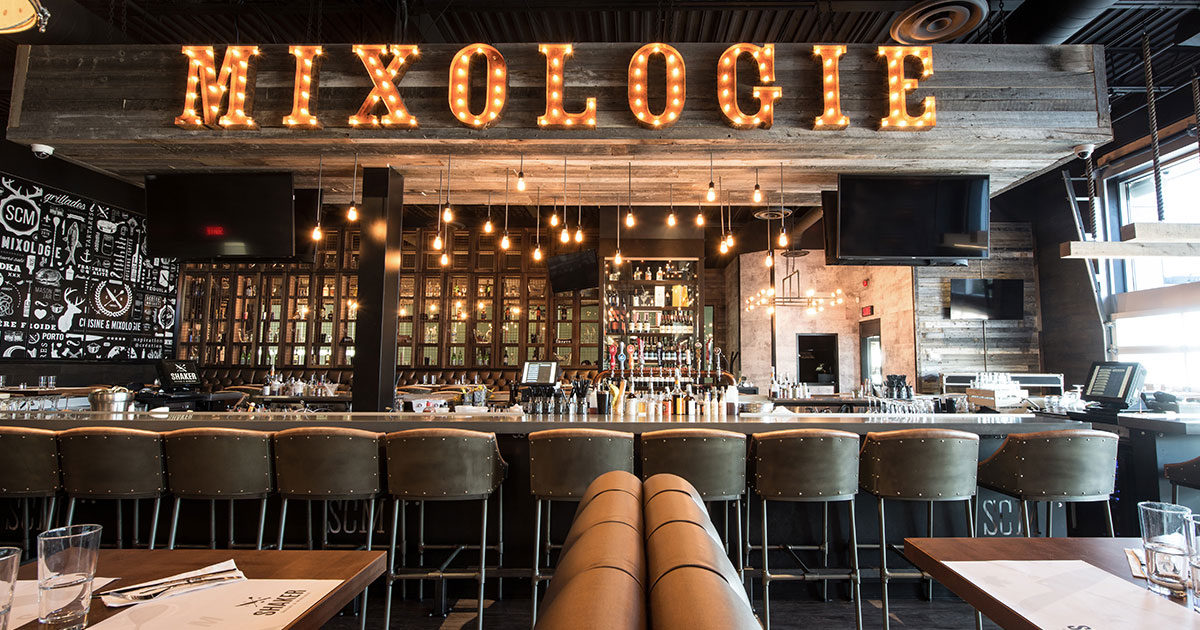 The Laurentians, here we are!

The 15th restaurant of the chain is about to open its doors and the craze can be felt from miles away! This branch will arrive just in time to offer a new variety to burger, tartare and cocktail lovers. There’s no better moment to encourage a local restaurant and to discover a ... 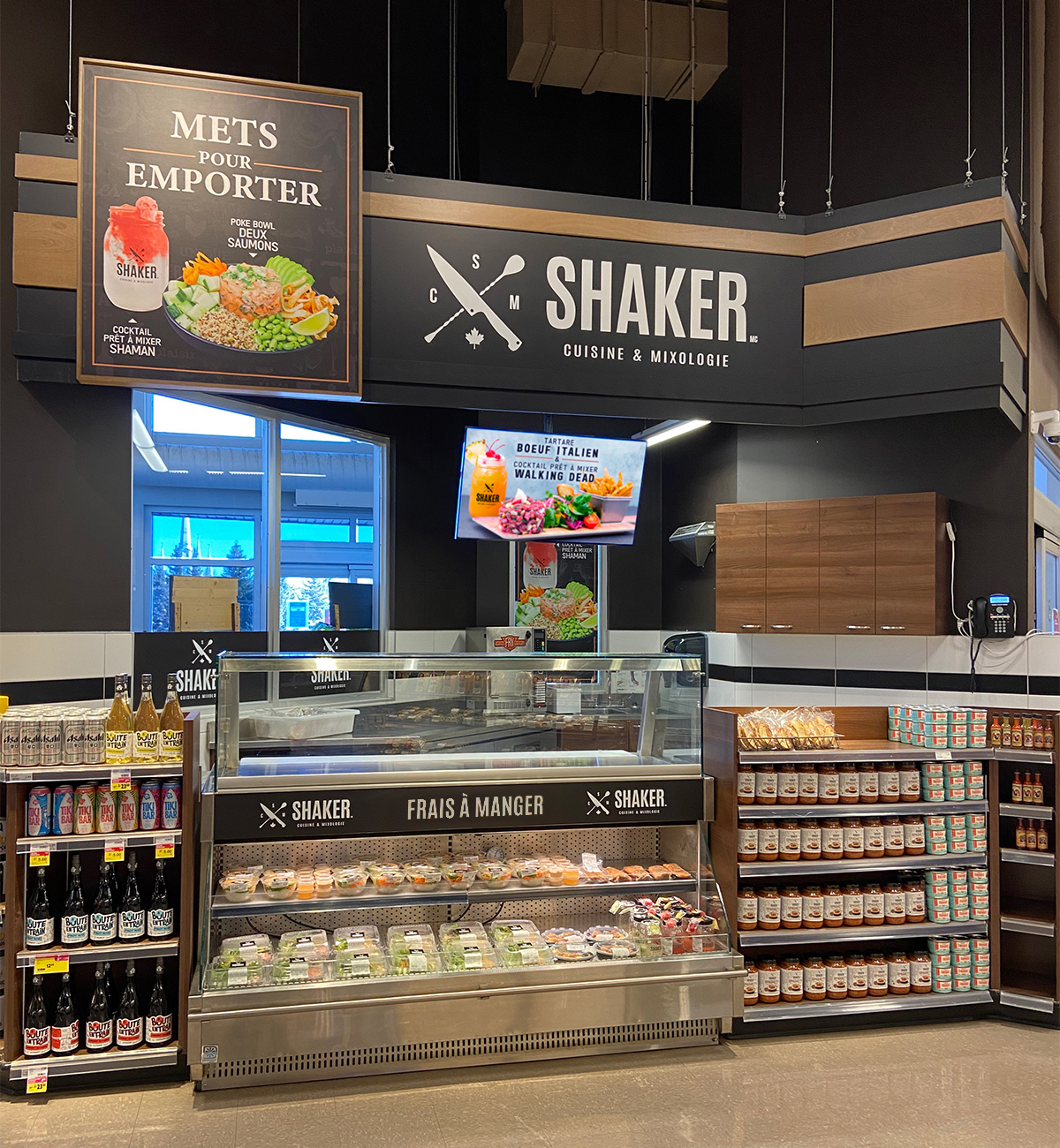 The SHAKER Arrives in Two IGA in St-Georges

It is no secret, last year was hard on the restaurant business. SHAKER St-Georges took this opportunity to develop new projects and expand its presence! Much to the delight of the Beauce community, several products from the menu made their entry into the IGA Rodrigue & Groleau ... 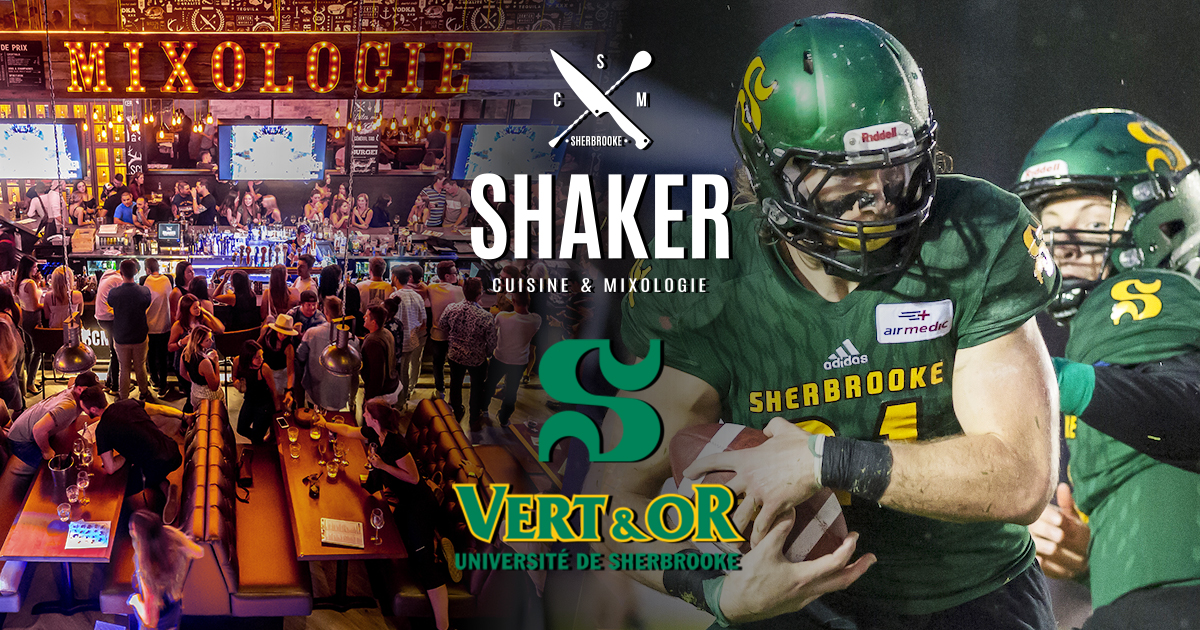 SHAKER Sherbrooke teams up with the Vert & Or football club!

When autumn comes, it implies the beginning of the school year, but also … the beginning of football season! SHAKER Sherbrooke and the Vert & Or team took this opportunity to create a winning partnership. A visibility exchange arise from this collaborative arrangement, as well ...